On July 19, 2021, the Berlin Award 2021 was presented by Regula Lüscher, the Senate Building Director, in a hybrid event. The search was on for realised Berlin projects of the last 10 years that, as positive examples, express Berlin's special urbanity and identity under the aspect of constant change and thus point to the future.

The aforementioned ability to change could hardly have been more significant in the past one and a half years: The Corona pandemic revealed concrete infrastructural weaknesses - but at the same time the strengths of a modern urban society also came to the fore. "The desire for publicity and real community has probably rarely been as strong in our society as it was after the necessary restrictions of the last few months," says COPRO Founder and Managing Partner Marc F. Kimmich. "Now the strengths of good architecture and conscious project development are becoming apparent, creating spaces with and for people and thus paving the way for new forms of living and working - because urbanity only arises where people can live and work. We are also pursuing this claim with our urban quarter "Urbane Mitte Am Gleisdreieck", which is why the award excites me and I was delighted to accept the request to participate in the jury."

The Berlin Award has its origin in 2010 in the Urban Intervention Award initiated by the Senate Department for Urban Development and Housing. Since then, projects have been honoured that represent new creative urban places of high architectural quality and use the synergies of a wide range of cooperation partners to form sustainable neighbourhoods and districts. This year, the interdisciplinary, eight-member jury led by Regula Lüscher awarded six prizes in five categories:

The winning projects will be presented in a digital exhibition and published in a brochure in the near future. Marc F. Kimmich on the award ceremony: "I am particularly pleased that the jury members jointly chose the inner-city off-shore laboratory "Floating University" as an award winner. It is impressive to see the creativity, innovative spirit and commitment with which these young people are working on solutions for the major issues of our time." The other members of the jury at the Berlin Award 2021 are:


The official press release of the Senate Department for Urban Development and Housing can be viewed online. Images of the award-winning projects and the prize-winners can be found here.

The award ceremony can also be followed in the stream afterwards. 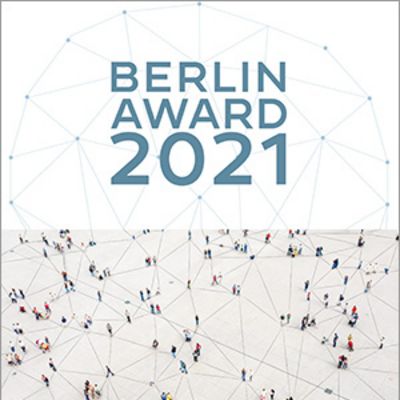