The Fiabci Prix d'Excellence Germany is awarded annually by Fiabci Deutschland and the BFW Bundesverband Freier Immobilien- und Wohnungsunternehmen (Federal Association of Independent Real Estate and Housing Companies). Of this year's approximately 40 applicants from all over Germany, the GEISBERG Berlin came out on top in two categories and was awarded with the highest distinction "Gold" in the category "Residential Living" by the 13-member jury, as well as the special prize "Long Breathing". This year, unfortunately, a festive gala with an award ceremony was not possible. Therefore, the winning projects and the projects of the Official Selection were presented in a Video. The GEISBERG Berlin will be considered in two sequences, from minute 28 and from minute 33.

The 95-year-old monument-listed Post and Telegraph Office has been transformed into a timeless, modern community housing project: the GEISBERG Berlin. Together with the Berlin architectural firm O&O Baukunst the 1925-built post office building has been carefully restored and modernised, and additional wing buildings and superstructures added, converting it into a residential complex. Various types of flats for different lifestyles with ceiling heights of 2.80 to 3.70 metres, a personal concierge service and an underground car park with e-charging stations ensure a special quality of living and a variety of open spaces.

Seven intensive years into the project, a complex of urban spatial quality has emerged by combining new and historical, monument-listed building elements. This has created a building where architectural value and sustainable construction merge with a new living concept focused on a vibrant and inspiring residential community. Residents experience this culture in the different spaces that serve as places to meet and communicate. For example, the former counter hall with its historical, expressionist ceiling fresco, some of which has been preserved, is now the community room with cozy seating areas, an adjoining community kitchen and a central meeting place for the residents. The courtyard gardens forming green urban oases, the dedicated concierge service, an underground garage and a community fitness room also create sustainable living space. From here the entire building ensemble is accessible. The spacious, landscaped inner courtyards and gardens invite you to relax and, as a green oasis, provide a place of retreat in the middle of the city. The fitness room also creates incentives for a healthy life and promotes a harmonious household community for all residents.

The complete transformation of the listed commercial Post and Telegraph Office into a community housing project is based on a very complex B-plan procedure under high monument protection requirements. "To reconcile the complexity of the former post office building under monument preservation with the requirements of high-quality living, while at the same time promoting the urban neighborhood and further developing the neighborhood concept, is excellently well implemented with the GEISBERG", the jury praised. The GEISBERG Berlin is the first monument-listed residential building in Germany to be awarded a DGNB Gold pre-certificate.

In addition to the necessary extensive refurbishment of the supports and the installation of a light floor structure to ensure the load-bearing capacity of the ceiling, the operation of the Telekom local exchange on 1.000 square metres within the monument had to be guaranteed 24 hours a day, 365 days a year. "Wanting the impossible from the beginning is courageous and has paid off. The project developers therefore not only receive the “Gold” award in the “Residential Living” category, but also the special prize "Long Breathing", according to the Fiabci Germany jury.

About the FIABCI Prix d'Excellence Germany:
Since 1992, the awards of the International Real Estate Association FIABCI have been among the most prestigious prizes for construction projects worldwide. Since 2014 the Prix d'Excellence has been presented in Germany as a National Award. Investors, architects, project developers or local authorities can apply for this coveted award. 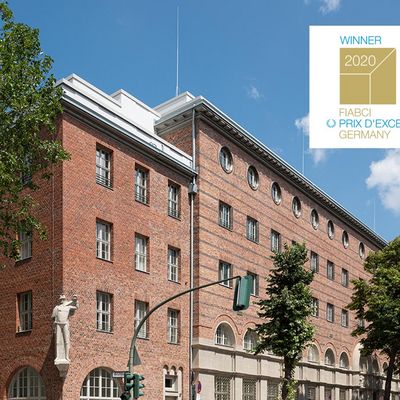 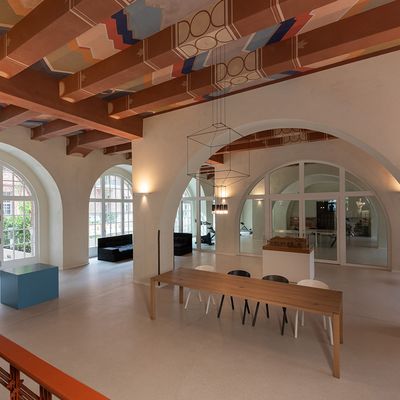 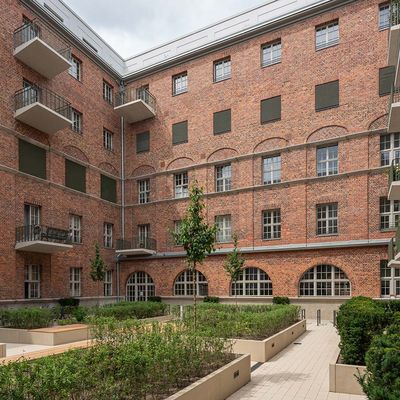 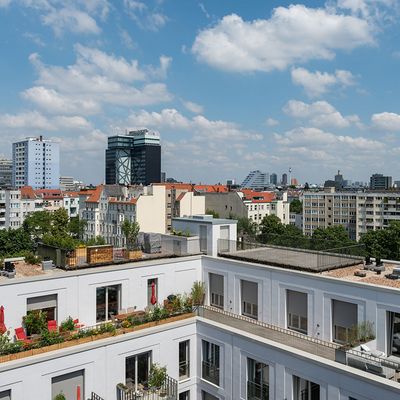